Psychoneuroimmunology (PNI) is an emerging "field of medicine that deals with the influence of emotional states - as stress - and nervous system activity on immune function, especially in relation to their effect on the onset and progression of disease." (Merriam- The Medical Dictionary)

PNI research is beginning to shift Western ideas about health and illness by scientifically demonstrating that the mind and body are inseparable. These findings support the view of the early philosophers and physicians about the influence of our mind and spirit on life and health.

As often happens, important scientific discoveries are surprises, made along the way while looking for something else. So it was with the emerging field of PNI. Dr. Robert Ader, a researcher in the Department of Psychiatry at the University of Rochester Medical Center, discovered a connection between environmental factors and the immune system while carrying out a relatively common study on lab rats.
This discovery, in the early 70's, went against the accepted scientific knowledge at the time, which was that the immune system was a completely separate function and had no connection with the nervous system. Dr. Ader coined the term Psychoneuroimmunology and a new interdisciplinary field of study was born.

From this early study, research on the Mind-Body connection, has grown exponentially. Candace Pert's research described in her book, The Molecules of Emotion, established the scientific basis of mind body communication. She discovered that receptors for communication molecules – the neuropeptides are in brain cells and on cells in the body, including the cells of the immune system. And, what's more, the communication goes both directions so that our experiences as well as out thoughts about our experiences – have neurological and physiological effects in our bodies.

Dr. O. Carl Simonton was the first one to publish a study, which demonstrated the effects of psychotherapeutic interventions in cancer patients (1981). He found that the patients who participated in his program lived on average twice as long, had better quality of life, and there were an increased number of long-term survivors. Those who died had an improved quality of death. Dr. Simonton's publications sparked both excitement and controversy in this area of medicine. In the following years, his results were confirmed by three other preliminary studies and four studies meeting the best research standards: randomized, matched-controlled studies by Dr. David Spiegel (1989) and Drs. Fawzy & Fawzy (1993). At Stanford University, Spiegel studied women with advanced breast cancer in which all subjects received conventional oncology treatment, while half of the subjects also participated in psychotherapy. As in Simonton's study, women in the group who participated in psychotherapy as well as conventional treatment had double the average survival time, improved quality of life, and a higher number of long term survivors. Fawzy had similar findings in a study of malignant melanoma at UCLA, and concluded that improved coping with everyday stress had an impact on the biological course of the disease.

A randomized clinical trial by Dr. Thomas Küchler (2007) from Kiel in Germany suggested that patients with GI cancers (esophagus, stomach, pancreas, liver/gallbladder and colon/rectum) benefited from a psychotherapeutic program in terms of survival when compared to patients who didn't participate in such a program.

The most recent randomized clinical trial lead by Dr. Barbara Andersen (2008) at Ohio State University has shown that women with breast cancer participating in a group psychological intervention program reduced the risk of breast cancer recurrence by 45 percent. What is fascinating is that even if group participants years later experienced recurrence of cancer, they still had less stress and lived on average longer than those who didn't take part in the group intervention. Dr. Andersen concluded: "If psychological interventions to reduce stress are delivered early, they can improve mental health, health, and possibly even their odds of survival."

Dr. Simonton's pioneering work has been implemented and shown effective in different cultures throughout the world and has demonstrated the transcultural value of psychological interventions regardless of background, race, or religion. We consider Carl Simonton to be thé leading pioneer in mind-body medicine and even after his death, in June 2009, he is still a inspiration to many people working in this field.

PNI provides the scientific underpinnings of the Hekademos Mind-Body Programs. 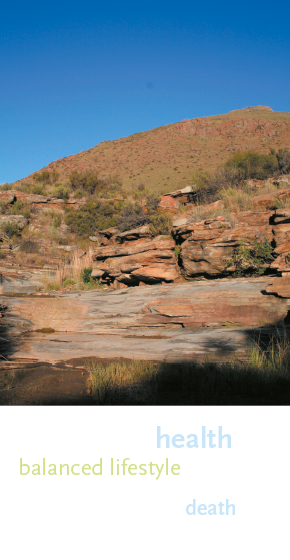